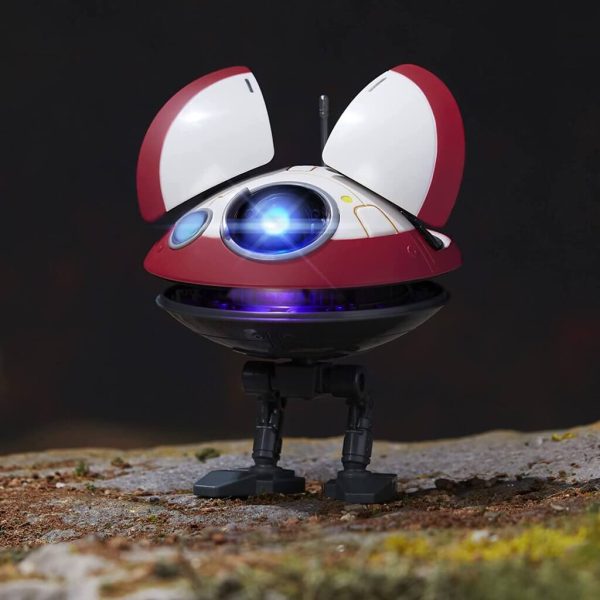 Inspired by Princess Leia’s droid in the Obi-Wan Kenobi live-action series on Disney+, the Star Wars toy features the design and deco of the red and white flying Lola droid, as she’s known. Press the button on L0-LA59’s head to activate droid sounds and lights in her eye and mouth.

Plus, pose the panels on her head, open and close her mouth, and tilt her head from side to side. These electronic toys for boys and girls make great gifts for kids that love Star Wars action figures and toys and imagine they’re blasting off to a galaxy far, far away.